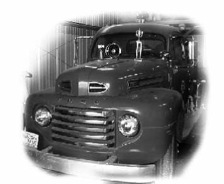 The City of Maricopa Fire Department was first formed as a volunteer fire district by the Pinal County Board of Supervisors in 1976 at the request of the residents living in a 46 square mile area around the community of Maricopa. Due to poor record keeping by the Fire District an exact date of incorporation is unknown.

The District was governed by a 3-person Board of Directors elected by the citizens for four-year terms. The Fire District's legal authority and responsibilities were pursuant to A.R.S. 38-431.09.

The first mobile piece of fire equipment was a 1948 F-4 fire engine. It is still owned by the fire department. Dwayne Hamilton was appointed to be the first fire chief.

The Maricopa Volunteer Fire District operated out of the NAPA Auto Parts store located at 19563 N. John Wayne Parkway until a permanent site was purchased in 1980 and a permanent station was constructed at 44624 W. Garvey Avenue. The station is not in the location of the State Route 347 overpass and a temporary administration build is on Edison Road until the permanent Administration is built ( estimated opening in spring of 2020).

Due to the slow growth of the era the single station remained the only station until the housing boom began in 2001. Now the department has four stations, three engines and one ladder company to serve the community.

In response to the rapid growth, the Maricopa Volunteer Fire District began to operate as a career full time department on March 5th 2005, also requiring by law the addition of two more board members.