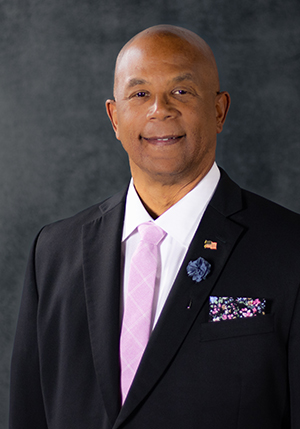 Councilmember Henry M Wade Jr. is the co-founder and Past-President of the Arizona Association of Real Estate Brokers (AAREB) and former board member of the National Association of Real Estate Brokers (NAREB). He served as Chair of NAREB National Political Action Committee (NATPAC). Chair Wade is the previous chair of the Pinal County Democratic Party and has served on the Pinal County and Arizona Democratic Party Executive Committees.

Councilmember Wade is a graduate of the first Maricopa Leadership Academy and spent four years on the Maricopa City Planning and Zoning Commission with one year as Vice-Chair. Until his election, he served as a member of the Maricopa Police Chief's Citizen's Advisory Committee. Councilmember Wade as also been called upon to participate in numerous community studies, task force and stakeholder review opportunities.

With 30 years of real estate experience in the Valley of the Sun, Councilmember Wade brings a wealth of hands on experience to the Council. He began his real estate career selling homes part-time while stationed at Luke AFB. Upon his retirement from the Air Force in 1993, he opened Sabry, Inc. Real Estate Appraisals and then added Northstar Homes as part of his bundle of services. He is also a Certified Housing Counselor, specializing in loss mitigation and foreclosure prevention. He is currently the Director of Commercial and Single Family Residential Property Management for Tiempo, Inc., a subsidiary of Chicanos Por La Causa. You only have to spend five minutes with him to feel his passion for the community he serves. Community Service has been a part of Henry's life since he was 9 years old.

As part of his military career, Henry has lived in numerous communities throughout the world where he has been actively involved in community development and support. Locally, Henry was awarded the "Unsung Hero of the Year Award" from former Arizona State Senator Leah Landrum. He is the father of three sons and two grandsons; Henry enjoys working with children and traveling.

Henry's personal motto is, "if you want to be taken seriously, you must be serious".