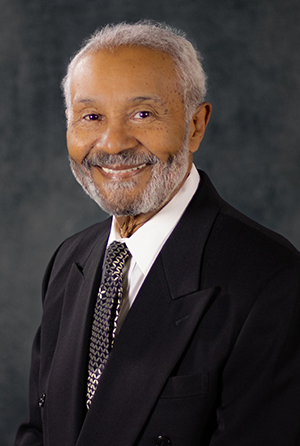 Marvin L. Brown and his wife Helen joined the Maricopa community in June 2006. Selected as one of the original members of the city's Merit Board, he had to step down when elected to the City Council in May 2008.

As the council representative to the Industrial Development Authority Board, and Pinal County Augmentation Authority, and the liaison to the Gila River and Ak-Chin Indian Communities, Brown demonstrates his strong commitment to regional relationships and economic development.

Brown most recently lived in Detroit, Michigan where he held many leadership positions: chairman of the board for the Detroit Non-Profit Housing Corporation, Michigan Unemployment Agency and Lafayette Park Kiwanis Club; president of the board for the Travelers Aide Society of Detroit; executive director of Urban Investments for Coman Corporation; and a board member for the Bank of Lansing.

In addition to his education in advanced urban studies at the University of Wisconsin, Brown has his Building Certificate through the Michigan State Housing Development Authority and was a special housing consultant for the Anchorage Housing Authority in Alaska.