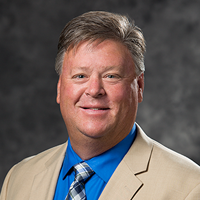 Michael Lyle Riggs is the City of Maricopa’s new Director of Public Services overseeing Streets, Facilities, Parks and Fleet Divisions for the City of Maricopa where he leads a Bureau with over 35 permanent and part-time employees and an annual budget of approximately $8.5 million.  With nearly 10 years of experience in the management and workings of outstanding public parks, recreational facilities, and school district including City of Maricopa, City of Scottsdale and Gila River Casa Blanca School District.  Riggs has been the Deputy Director, Park Manager and Crew Leader of City of Maricopa Community Services since 2014.  Previously, as a Maintenance Worker III with the City of Scottsdale, Riggs preformed lead duties of grounds maintenance at McCormick Railroad Park and Horizon Sports Complex, worked on the safety and training board and lead several large community service development projects.

Riggs has a career that spans both the public and private sectors. Riggs has been a Project Manager/Estimator, worked in residential and commercial Real Estate for the last 25 plus years as an Associate Broker.   He is now a Broker working on land acquisitions and developments in the South-East Valley, Pinal County and Heber-Overgaard areas, including Riggs Homestead, Riggs Ranch, Summer Place North, and Mountain Shadow Estates.

Riggs graduated from Arizona State University in 1991 with a degree in Agri-Business. In 2008, Riggs completed his Masters of Science degree at Arizona State University. Riggs also has a certificate as a Certified Arborist, Certified Playground Safety Inspector, Arizona Certified Landscape Professional, Sustainable Landscape Management certificate, Certified Park and Recreation Professional.  With a background in agriculture, construction and development Riggs has a vast working knowledge of a shovel to excavator and sickle to a combine, including about every kind of equipment in-between.

Riggs is a 4th Generation Arizonian and brings his honest hard-working common since approach which he learned from his family and farming background to every aspect of his life.  Riggs donates a great deal of his extra time to youth groups including the Boy Scouts of America, 4-H, and Church Activities.  Riggs shares his life with his wife of 31 years, six children and 3.5 awesome grand-children.