Maricopa is one of the oldest and most historic communities in the state of Arizona. It is hidden in the middle of the Sonoran Desert, surrounded by mountain ranges that include the beautiful Sierra Estrellas, Palo Verde, Saddleback Mountains and Haley Hills. Maricopa has had three locations over the years and each played an important role in the growth and development of the Southwest. 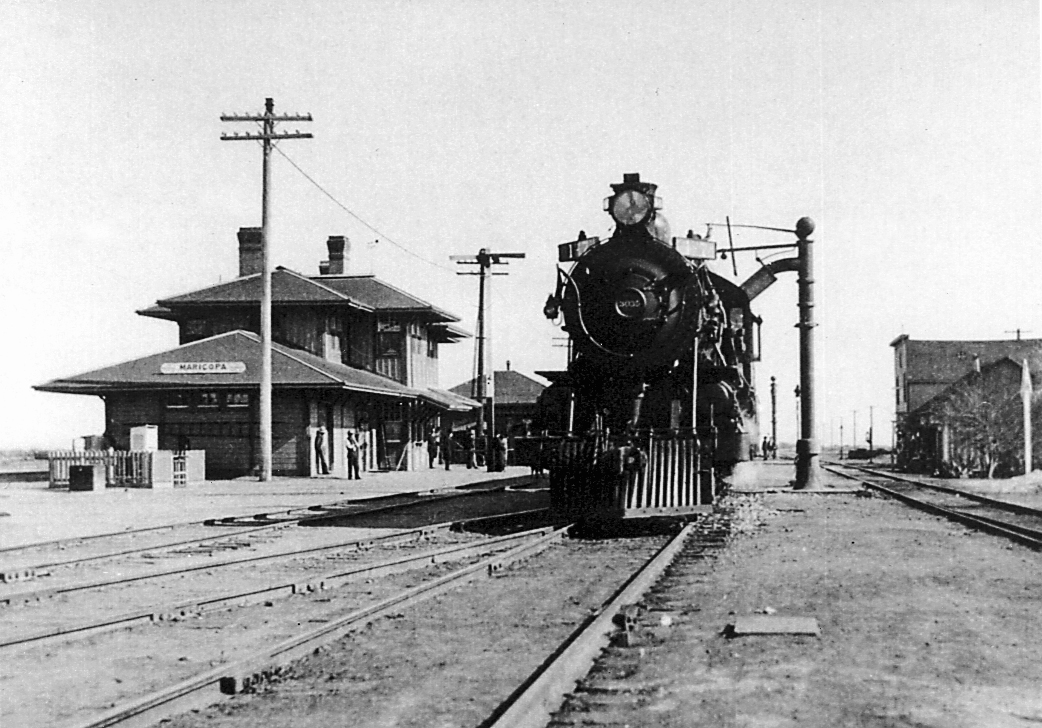 Located on the southern banks of the Gila River, Maricopa Wells (Maricopa’s first location) was a haven for thousands of immigrants who followed the southern trail in the 1800s across Arizona to California’s gold fields. It consisted of a series of watering holes that were fed by several Arizona rivers: the Gila, Santa Cruz, Vekol and Santa Rosa, which provided this oasis in the desert with an ample water supply.

During the 1850s and 1860s, Maricopa Wells became a major stagecoach relay station for the first organized semi-public transportation in Arizona – the San Antonio and San Diego Mail Line and then the Butterfield Overland Mail Line. During this period, nearly every resident of the Wells was employed by the stagecoach line or the trading center.

The most prosperous period of time for Maricopa Wells was in the 1870s, when it provided water and food not only for the east-to-west travelers, but those who traveled to the north. With its substantial supply of water and prosperous trading center, it was a shining beacon and vital sanctuary in the desert for thousands of travelers who depended upon its resources for their survival.

Maricopa Wells dropped the second part of its name in 1879 and moved its telegraph office and post office eight miles directly south in order to hook up with the Southern Pacific Railroad and to serve as a junction for two railroads. This new site, known as Maricopaville, took on the appearance of one of the gold rush boom towns of California with men working day and night building hotels, saloons, warehouses, restaurants and theatres. However, this little city in the middle of the desert that literally rose up overnight was never a junction for two railroads. Its dream of being a railroad terminus was doomed when the routes were changed.

Maricopa’s final move took it three miles directly east so that the town could once again take on the challenge of being a junction for two railroads, the Southern Pacific Railroad and the Maricopa and Phoenix Railroad. Thus began Maricopa’s life as a railroad junction and for the next 40 years. The railroad revolutionized the economy of Arizona as merchandise traveled into the Phoenix area by rail instead of wagon and local products reached markets in the east and west more quickly. 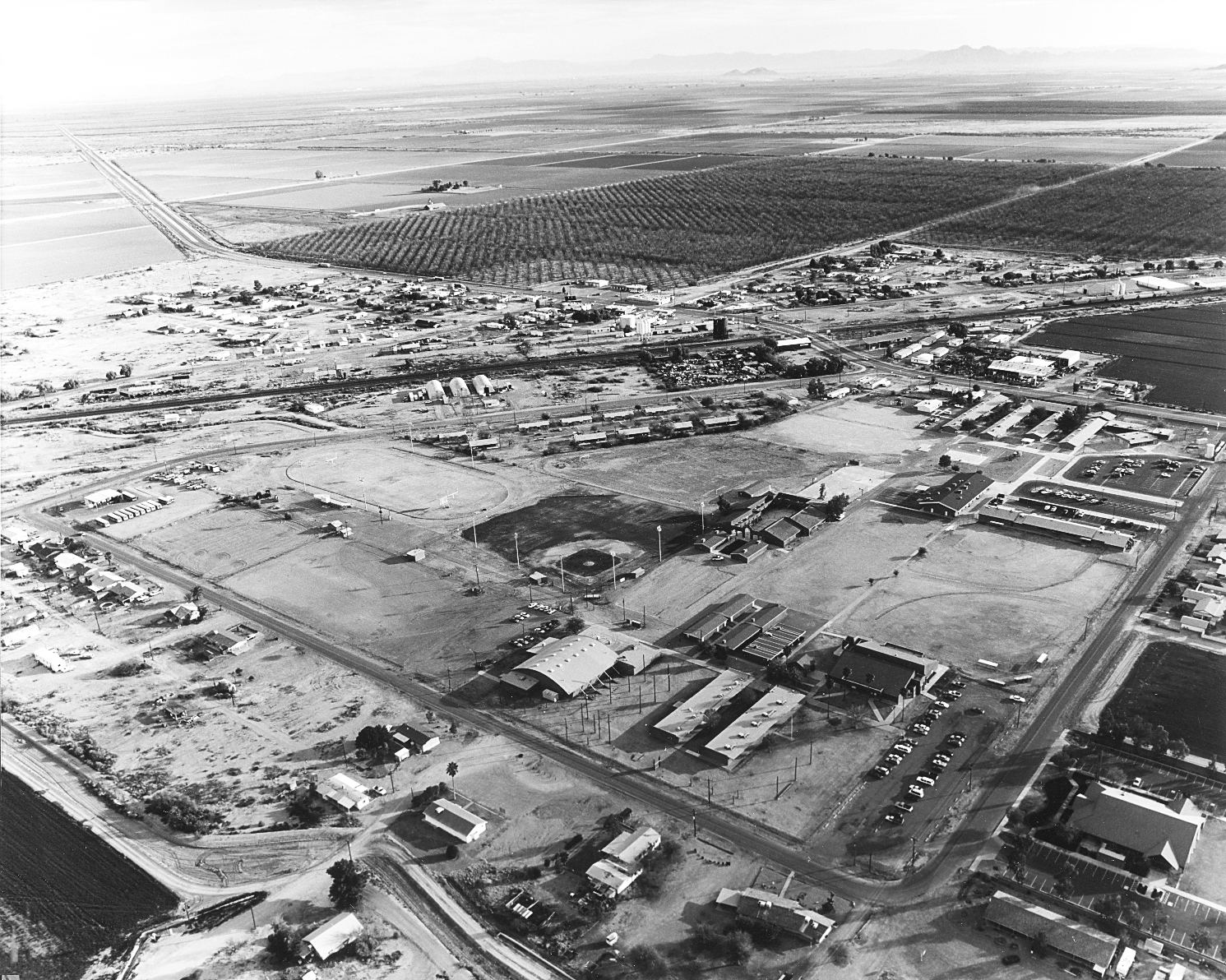 After much flooding, destruction and rebuilding of lines, the railroad redirected a line from Picacho into Phoenix and Maricopa lost its importance as a junction but found its desert lands were ideal for farming. Maricopa’s raw desert was cultivated into rows of green plants, offering up snowy white blossoms of cotton between 1948 and the 1960s. Throughout the years, cattle became an important industry and farmers experimented with, and grew, a variety of other crops including alfalfa, peas, melons, citrus, and pecans.

When Maricopa incorporated in 2003 as the 88th city in Arizona, the 2000 census listed it with a population of 1,040. During the following two years, its population exploded to 15,934 earning it the title of one of the fastest growing cities in the United States. Today, that population has more than doubled again. Maricopa’s new citizens are international and depict the same cultural diversity as its birthplace. It is a community that not only witnessed history, but lived it.

Maricopa is the only city in the nation bordered by two Native American communities and continues to honor and celebrate this cultural diversity and embraces the American ingenuity and pioneering spirit that has been an integral part of its community for centuries. For more information about Maricopa’s Native American neighbors, please visit the following sites:

HuHuGam Heritage Center, one of the nation’s finest tribal facilities for the preservation and display of important cultural artifacts and art of the Gila River Indian Community

Him Dak Eco Museum, a place full of the rich history and values of the Ak-Chin community. Him-Dak means “way of life” in the Ak-Chin language.

Maricopa has grown tremendously but has not lost its identity or its sense of community. Rich in history, innate beauty, and friendly people, Maricopa is a fantastic place to raise a family, build a business, or just embrace the warm winter climate and watch the incredible desert sunset out in an array of bright colors across the evening sky and then gently disappear behind the rugged western mountains.

Today, Maricopa continues to celebrate its cultural diversity, grow and prosper as a community and a regional economic development partner and provide the many outstanding amenities that its residents value and utilize every day. Stop in for a visit and stay for a lifetime.